Paige Turner | Pioneering the Next Frontier in Cancer Care 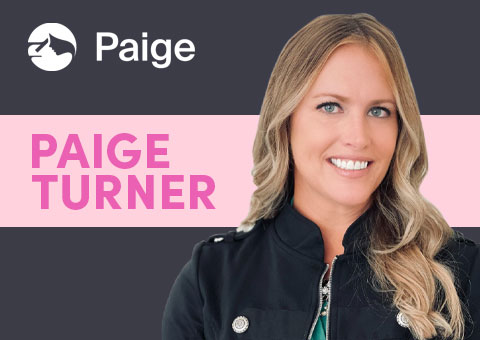 In this edition, we spoke with Jill Stefanelli, President and Chief Business Officer at Paige.

President and Chief Business Officer at Paige, Jill Stefanelli, first got her start in the oncology space about 15 years ago. It was around this time that cancer care became extremely personal; Jill’s dear friend Tiffany was diagnosed with a rare form of stomach cancer, and together they embarked on her cancer journey.

Turning to Memorial Sloan Kettering for specialized treatment, Tiffany was offered the opportunity to participate in the early stages of biomarker research. Simply stated, biomarkers are substances that can be measured to help capture the presence or progress of a disease, with the potential to inform treatment options. Though they have now become more of a standard part of the diagnostic process in oncology, they were at the time just beginning to show promise as a way to better understand and potentially treat cancers. Having worked in molecular pathology and biology by way of veterinary medicine, Jill quickly understood that this research held incredible promise. She urged Tiffany to move forward.

Unfortunately, gaining a better understanding of the biomarkers present in Tiffany’s case could not ultimately save her life. But her participation in this research was a way for her to leave a legacy that might save more patients in the future. Seeing Tiffany make this kind of impact was inspiring to Jill. She decided then that she wanted to do whatever she could to make an impact on cancer care, like Tiffany had.

Jill began working initially at Roche Diagnostics, in addition to Thermo Fisher and ArcherDX, where she was part of the early days of developing clinical oncology use of Next-Generation Sequencing (NGS), which is used to determine the sequence of nucleotides in entire genomes or targeted regions of DNA or RNA.  While NGS was a new technology at the time, the pioneering work done at such companies helped accelerate it to become what is now a commonly used technology for many cancer patients. Like with NGS, Jill believes AI-developed biomarkers are the next frontier in helping pathologists to see more of the data they need to help oncologists make more informed treatment decisions. And like when she was working to pioneer NGS-based biomarkers, she wants to be as involved in the early development of new biomarker technologies as she can, so she can make the biggest impact on as many patients as possible.

This is what ultimately brought Jill to Paige. Paige uses proprietary computational pathology technology along with data from millions of digitized glass slides to develop powerful AI applications that aid pathologists in diagnosing cancers across numerous tissue types. Now, with Jill at the helm of precision medicine efforts at Paige, such AI technology is being applied to help identify novel biomarkers faster. With Paige’s AI powered tools, pathologists can identify and measure the presence of certain biomarkers at the point of H&E staining, reducing the need for extra testing or second opinions, and potentially saving patients from weeks of wondering what their diagnosis means or what treatment plans they might expect.

Breast cancer is an area where fast, accurate AI-powered biomarker detection can be particularly powerful for patients, specifically with the biomarker HER2. Early on in biomarker testing, HER2 was found to indicate that breast cancers were aggressive, and unfortunately, having HER2 driven cancer often meant a poor prognosis for those patients. However, now that HER2 cancers have since come to be better understood, many classes of drugs have been developed for HER2-expressing patients that have been lifesaving, even for patients with low levels of expression more recently. So much so that HER2-positive cancers at all levels now have some of the more promising prognoses and treatment options.

From a diagnostic standpoint, being able see whether HER2 is expressed in breast cancers is a critical step in the breast cancer diagnostic process, as the right diagnoses together with the right drug can mean significantly better outcomes. Paige’s HER2Complete algorithm is a novel approach compared to traditional methods, thanks to AI, and is also potentially more sensitive. Because of the enhanced accuracy AI offers, pathologists are able to identify patients who will potentially benefit from HER2 treatments that current tests might miss. This includes those patients that are considered HER2-Low or Ultra low, who have recently been shown to potentially benefit from certain HER2 drugs, but who were traditionally not included in HER2 treatments.

Importantly, HER2 is also a gene that’s present in gastric cancer as one of the next most common indications (in addition to several others). Not only does this mean that Paige’s HER2 algorithm has the potential to help even more patients, but it continues to make the fight personal for Jill, as HER2 positive gastric cancer is the diagnosis that ultimately took Tiffany’s life at such a young age.

“This is an opportunity to really honor the past patients, like Tiffany, and look forward to helping future patients,” says Jill. “If we can continue to do a better job of truly characterizing and understanding what’s really driving cancers, we can potentially help more patients, ultimately allowing me to fulfill my promise to continue to push forward Tiffany’s legacy. That will be what I am most proud of.”

Paige Turner | Pioneering the Next Frontier in Cancer Care

Pathology Services Are Under Pressure, Digital Pathology Can Help

The Importance of Clinical-Grade AI for Digital Pathology Adoption

Menu
Menu
Menu
© 2022 Paige AI, Inc. All rights reserved.
Social-iconsicn-linkedin Social-iconsicn-twitter
We use cookies on our website to give you the most relevant experience by remembering your preferences and repeat visits. By clicking “Accept”, you consent to the use of ALL the cookies.
Do not sell my personal information.
Cookie SettingsAccept
Manage consent